The Leprechaun is a creature of Irish folklore mythology that seems to capture the imagination of people worldwide.

But what is this funny fairy exactly? What does he look like? And what everyone wants to know, how do you catch a leprechaun?

What is a leprechaun? 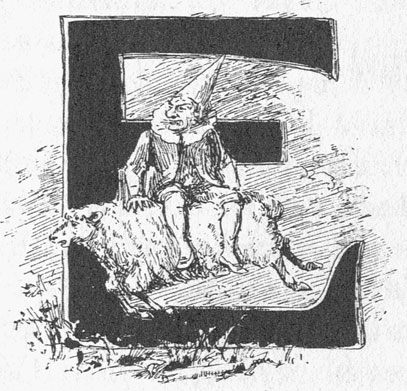 What is a leprechaun

A leprechaun is a type of fairy or elf,  about three feet (90cm) high, and is traditionally shown dressed in a little red jacket (green is a more 20th Century depiction), with red breeches buckled at the knee, gray or black stockings, and a cocked  hat with an old withered face. Often around his neck is an Elizabethan ruff, and frills of lace are at his wrists.

However, on the wild west coast of Ireland he seems to prefer heavy overcoat over his red clothes and is less inclined to wear a ruff and frills. 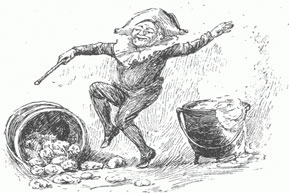 Leprechaun and his gold

A leprechaun is thought to be the son of an evil spirit father and a degenerate fairy mother.

He is said to be an expert shoe-maker, and is believed to have a great fortune of gold.

He is an old bachelor elf and resists all efforts to marry him off. Leprechauns are always seen alone and are not inclined to trust female fairies or anyone indeed.

The Leprechaun in different parts of Ireland

In the northern counties of Ireland he is known as the Logheryman and wears the uniform of some British infantry regiments including a red coat and white breeches, but instead of a cap, he wears a broad-brimmed, high, pointed hat.

In Tipperary, he is known as the Lurigadawne and is depicted wearing an antique slashed jacket of red, with peaks all round and a jockey cap, also sporting a sword, which he uses as a magic wand.

In Kerry, he is called the Luricawne, "a fat, little fellow with a jolly round face that rivals in redness the cut-a-way jacket he wears, that always has seven rows of seven buttons in each row. When in full dress he wears a helmet several sizes too large for him, but, in general, usually doesn't bother with the headgear as makes him stand out but he does wrap his head in a handkerchief that he ties over his ears."

In Monaghan, he is known as the Cluricawne, a well-dressed little fellow in an evening coat of red with green vest, white breeches, black stockings, and shiny shoes. His hat is a long cone without a brim, and is usually set jauntily on one side of his curly head. When pushed to it, he will sometimes take vengeance by abusing someone who annoys him or poking the sharp point of his hat into the person's eye.

Folklores are full of good or evil beings.  But a leprechaun is a more complicated figure in Irish  and Gaelic stories. He is not entirely good but not entirely evil.  He is a mischief maker, a practical joker with a bit of a temper when angry or when he feels he is not being treated right.

The Leprechawn is sometimes said to enjoy  riding a sheep or goat, or even a dog, when the other animals are not available,

He likes making mischief and is the original practical joker. In times past he would make  the pot boil over and put out the fire, or make it impossible for the pot to boil at all. He was also said to untidy a house or hide things. But his mischievous pranks seldom got further than to drink up all the milk or despoil the proprietor's bottle of  poteen (Irish alcoholic moonshine) and replacing the poteen with water.

But he is occasionally also capable of good actions.

How to catch a leprechaun

Because leprechauns were said to have a great fortune, if you caught one, it was believed you could get him to hand it over.

But catching a leprechaun was known to be notoriously difficult because the only time the leprechaun sat still was when he sat down and he never sat down unless his brogues needed mending.  His brogues only need mending because he spent so much time running about.

But  when he sat down under a hedge or  behind a wall to do his brogue mending, it was said you had the best opportunity to creep up  quietly and catch him and force him to give up his gold.

However, you should  never  take your eyes off him or let him distract you or he would take off and you would  never see him again.

Click here for some leprechaun stories about some unfortunate attempts to catch  one..

Make sure to check out our leprechaun story page or  how about learning about another Irish folklore figure, the Banshee.

Click on the link if you want to know more about another Irish female creature form, the sexually provocative Sheela-na-gig.

Or learn about some other important Irish and Celtic symbols such as  the Irish Shamrock, the Celtic Cross, the Irish round tower and the Claddagh Ring.

In researching the leprechaun fairy, I have relied upon the book Irish Wonders by D.R. McAnally, Jr as a source for this page, available here.