The power and humour of great Irish Curses!

"Curse of the seven snotty orphans on you"..... and other favourites.

Just as we have blessings for every occasion, there are nearly as many Irish curses for every situation. We may not like to admit it openly but Irish people swear a lot and we have to be careful when abroad. Our loose tongues can offend U.S and British ears in particular.

I smile when Americans refer to the use of 'f@*k' as the F-bomb because of its effect in polite circles. Though not by origin a Gaelic word, in Irish circles the use of the word is commonplace and casual, to the point of rendering it meaningless at times.

But there is a long history of more 'creative' or 'imaginative' cursing in Ireland. As a child, I remember with delight how my uncle expressed his frustration at his uncooperative cattle with classics such as 'May the divil take you, you dirty common wastrel' or 'May you rot in hell, you hoor's melt' or 'Bad cess to you, you thieving bitch'.

I wasn't even sure what the words meant at the time, but once my uncle had vented his frustration with a few choice Irish curses, we would be laughing a few minutes later. And despite what one might think, the man's influence was all good!!

Though some Irish curses don't translate very well, Irish Gaelic has enriched the way Irish people speak English in many ways. The importing of many a mallacht (the Irish word for a curse) from Gaelic to English has added colour, even when more sinister than funny.

I have put together a list of traditional and funny Irish curses below. So if easily offended, leave now!

May you all go to hell and not have a drop of porter to quench your eternal thirst. 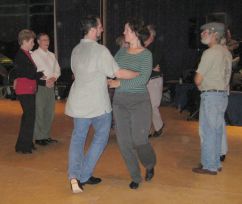 "May there never be enough of your people to make a half-set."

May there never be enough of your people to make a half-set.

If your crop is tall
May your meitheal be small

(A meitheal was a group of friends and neighbours who would cooperate together traditionally at harvest time. The help of others was required to get the work done.)
****

Blast you to hell!

May you never have a hearth to call your own.
****

May the divil take your last shilling!
****

May the gates of paradise never open to you.
****

That you may scratch a beggarman's back one day.

May there be guinea-fowl crying at your child's birth.
(Considered bad luck)
****

May the lamb of God stir his hoof through the roof of heaven and kick you in the arse down to hell.
****

Bad cess to you!

(Another common everyday Irish curse, cess being a slang word for luck.)
****

May you marry in haste and repent at leisure.
****

May you have the runs on your wedding night.
****

May you marry a wench that blows wind like a stone from a sling.
****

The crows' curse on you.

A breaking and crushing on your you bones!
****

"May all the goats in Gorey chase you to hell."
photo courtesy of Kevin

May all the goats in Gorey chase you to hell.

Pissmires and spiders be in your marriage bed.

Curse of God on you.

(Another everyday Irish curse still quite commonly used when things not going your way.)
****

Curse of the seven snotty orphans on you.
****

The devil mend you!

(Another favourite Irish curse of my uncle's used for everyday frustrations)
****

That you may be a load for four before the year is out.

(It usually required four people to carry a coffin, i.e you are wishing death on someone)
****

May the curse of Mary Malone and her nine blind illegitimate children chase you so far over the Hills of Damnation that the Lord himself can't find you with a telescope.
****

May the devil cut the head off you and make a day's work of your neck.
****

May you be afflicted with an itch and have no nails to scratch with!
****

May the devil swallow him sideways.
****

May you die without a priest in a town with no clergy.

(Dying without the presence of a priest was considered not to be the best way to get into heaven.)
****

May you leave without returning.
****

May your spuds be like rosary-beads on the stalk

May you melt off the earth like snow off the ditch.
****

And we have lots of great Irish proverbs on our Famous Irish Sayings and Gaelic Sayings pages which really must have a look at, plenty for any occasion.

You will find love, marriage and wedding sayings on our Irish love Sayings page.