Some Famous and Funny Irish Quotes

The thing about funny Irish quotes is that the can be as insightful as they are witty. As George Bernard Shaw said 'When a thing is funny, search it carefully for a hidden truth.' Some of the quotes below score on two levels, leaving you with a real feeling of 'I wish I had said that'.

I include the famous and not so famous quotes and I attribute them if I know who said them. I have had to create separate pages for the funny quote masters such as Oscar Wilde, Spike Milligan and Flann O'Brien. Enjoy. 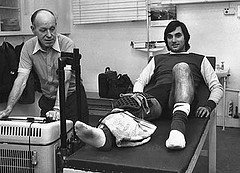 "In 1969 I gave up women and alcohol - it was the worst 20 minutes of my life." soccer player George Best -photo courtesy of fraser p

The Irish are a very fair people, they never speak well of one another.
****

Shut your mouth and eat your dinner.
**** 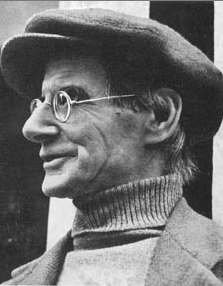 Rain is also very difficult to film, particularly in Ireland because it's quite fine, so fine that the Irish don't even acknowledge that it exists.
(British Movie Director Alan Parker)
****

Rain is also very difficult to film, particularly in Ireland because it's quite fine, so fine that the Irish don't even acknowledge that it exists.
(British Movie Director Alan Parker)
****

You know it's summer in Ireland when the rain gets warmer.
(comedian- Hal Roach)
****

The Irish gave the bagpipes to the Scotts as a joke, but the Scotts haven't seen the joke yet.
(Oliver Herford)
****

Those who drink to forget, please pay in advance
****

The great Gaels of Ireland are the men that God made mad. For all their wars are merry, and all their songs are sad.
(writer G K Chesterton)
****

It's my rule never to lose me temper till it would be detrimental to keep it.
(O Casey again)
****

Ireland is a fruitful mother of genius, but a barren nurse.
****

I have my faults, but changing my tune is not one of them.
(playwright Samuel Beckett)
****

What's the use of being Irish if the world doesn't break your heart ?
****

There's no reason to bring religion into it. I think we ought to have as great a regard for religion as we can, so as to keep it out of as many things as possible.
****

He was a bold man that first ate an oyster.
(author- Johnathon Swift)
****

Here's to our wives and girlfriends: May they never meet!
****

I'd rather have a full bottle in front of me than a full frontal lobotomy.
****

I once read about the evils of drink, so I gave up reading.
****

I spent a lot of good money on drink, women and cars, the rest I just squandered
(soccer player George Best)
****

I don't consider myself a heavy drinker, I often go hours without touching a drop.
****

Drinking gives one a very clear sense of who's to blame for everything.
****

An Irishman after trying American beer for the first time: "Put it back in the horse!"
****

God invented whiskey to keep the Irish from ruling the world.
****

Irish Alzheimer's -you forget everything except the grudges.
****

More funny quotes about life from our friends at funny-quotes-life.com