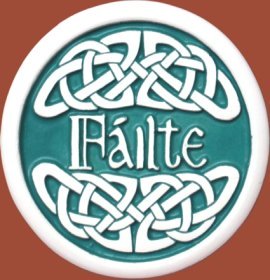 There are lots of wonderful Irish Gaelic phrases and expressions, some of which have been translated to English but I have to say the often quoted ‘Top of the morning to you’ is not one of them. I know of no Irish person who uses it and it sounds as strange to Irish people as it does to most other people. In fact, I am not sure where that phrase originated though I have heard it rumoured that it may be from New Zealand but I wouldn't bet on it.

Now that that’s off my chest, let’s start with some Irish Gaelic phrases and Gaelic expressions that most Irish people should know or have learned in school. I give a non-linguistic pronunciation guide to the expression, a fairly literal translation and an equivalent English expression.

It is important to know that some Gaelic expressions vary from one dialect to another. In Ireland there are three key dialects, in the North (Ulster), West (Connaught) and South (Munster). I will go into these differences in more detail elsewhere. Anyway most people in Ireland learn standard Gaelic in school, basically a mix of all three dialects.

In the pronunciation guide for all the Irish Gaelic phrases below I have left 'ch' as is. This is because 'ch' in Gaelic does not have an equivalent sound in English. That said, many people will be familiar with the throaty sound made in the Scottish and Irish word 'loch'. This is the correct sound. If you are not able to replicate this sound, pronounce 'ch' as a 'k'. It may not be correct but you will be understood. Just don't pronounce 'ch' as 'ch' in 'church' which no one will understand.

I have included a video of the words below to help you with the pronunciation. While I am not a native speaker, my pronunciation should be reasonably accurate.

Gaelic Expressions that are good to know 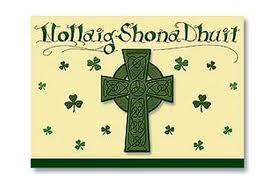 To say Happy New Year, we use the gaelic expression 'Athbhliain faoi mhaise dhuit' (prononunced 'aw-vlee-an fwee  vosh-eh gwit' ) which can be more close translated as 'A prosperous New Year.'

The gaelic expression for 'Happy Birthday' is simply 'Lá Breithe Shona dhuit' (pronounced 'Law breh-ha hun-ah gwit). If you want to reveal your age you can say the following: 'Tá mé fiche seacht mbliana d'aois' (pronounced 'Taw may fih-heh shocht mleena deesh') which means 'I am 27 years of age'.

You can also wish somebody well on their birthday by using the humorous Irish Gaelic phrase 'Go maire tú an lá' (pronounced 'Guh mwir-eh to on law) meaning 'May you survive the day.'

The Irish Gaelic phrase 'Póg mo thóin' (pronounced pogue mohone) is one of the first Irish Gaelic phrases that many visitors to Ireland learn, probably because people just seem to love learning curses as much as teaching them. It means literally 'Kiss my ass' but can be used as 'Get out of it' when you think somebody is trying to pull the wool over your eyes or when you get annoyed with them.

The London-Irish band 'The Pogues' were originally called 'Pogue Mahone', an anglicised version of the gaelic expression. Because of BBC censorship, they shortened the name to be less offensive. I have included a video of them singing their best known song 'The Fairytale of New York.'

I am open to correction or suggested improvements on anything above. I would also love to hear of other Irish gaelic phrases you think should have been included as basics. Get in touch with me through the contact GaelicMatters page.

If you didn't find what you are looking for check out the Irish words page. If you want some tips and suggestions on how to learn Irish Gaelic visit our Learn Irish Language page.